Actors, or cattle, as Hitchcock described them, are TV's power brokers

Reese Witherspoon has become a recent poster girl for the trend, her production company, Hello Sunshine, attesting to her keen eye for screen projects and books that might be good candidates for adaptation. While she began with movies (Gone Girl, Wild), her subsequent TV efforts have been significant.

Teaming with fellow actor-producer Nicole Kidman for Big Little Lies, she helped catapult a tale of women, children and domestic relationships into a space that had previously been skittish about such subject matter. Since then has come Morning Wars (Apple TV+), a probing and nuanced study of sexual harassment and the #MeToo movement.

Her latest effort is Little Fires Everywhere (Amazon Prime), featuring powerhouse performances from her and Kerry Washington. Through these series, Witherspoon has been able to play some dynamic and not always likable characters, both an opportunity and a risk for an actress. But it’s a gamble she can take when she’s holding the reins.

While Witherspoon takes an active role in sourcing and developing projects, not all actors do, even if they get a producer credit. Years ago I asked David Wenham what his associate producer title on the 2004 Murray Whelan telemovies Stiff and The Brush-Off meant. Adapted by John Clarke and Shane Maloney from Maloney’s books, they were produced and directed by Clarke and Sam Neill. Wenham grinned and explained, “Well, I associated with the producers.”

That also appears to have been the case for Matthew Rhys, who’s listed as a producer on the new Perry Mason (Fox Showcase). The actor has joked that when he heard about the revival of Erle Stanley Gardner’s case-winning lawyer, his initial reaction was “Why?” What he subsequently signed on for, though, is a hard-edged, Depression-era origin story in which the future courtroom hero is revealed as a damaged, down-on-his-luck yet persistent private investigator.

Rhys wasn’t in on the ground floor with Perry Mason, but Steve Carell was with the comedy Space Force (Netflix), which he co-created and co-produced with Greg Daniels. In it, Carell lends a welcome humanity to a four-star general with Maxwell Smart-like tendencies who’s assigned to spearhead the US space program. 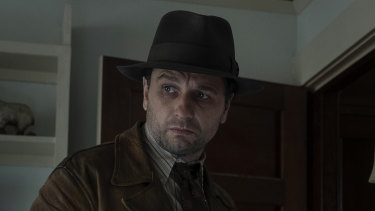 And while he plays the lead, recessive moneyman Marty Byrde, the series’ three seasons have provided a showcase for its estimable ensemble of actresses. He hasn’t used his position to build a star vehicle; he’s made a taut thriller that displays his versatility, on screen and behind the scenes.

The value of wearing more than one hat is also evident in the impressive pack of women working frequently in comedy and its offshoots. They’re writing, producing and sometimes starring in the projects. Or they’re using their clout to get things made.

Phoebe Waller-Bridge burst on to screens as a creator, writer, executive producer and star of Fleabag, then went on to adapt Luke Jennings’ Codename: Villanelle novels for Killing Eve. An executive producer on that series, she doesn’t appear in it. More recently came Run, which she executive-produced for Vicky Jones. She turns up late in it, playing a small but piquant role as a lesbian taxidermist. Talk about having fun with your power. 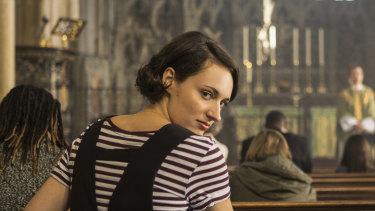 Then there’s Sharon Horgan, writing, producing and starring in Catastrophe with Rob Delaney and going on to create and executive-produce Divorce (Fox Showcase) with Sarah Jessica Parker and Thomas Haden Church. And Pamela Adlon, the creative force behind Better Things (Foxtel on Demand) and the star of its acutely observed semi-autobiographical account of life for a single mother and her daughters.

And Mindy Kaling, who moved from a role in the US version of The Office to creating, writing, executive-producing and starring in The Mindy Project. Her latest effort, the teen comedy Never Have I Ever (Netflix), is a charming semi-autobiographical account of the life of an Indian-American teenager. Kaling doesn’t appear on screen, but her fingerprints are all over the stories, which she created with Lang Fisher.

Before the current crop came Tina Fey and Amy Poehler, Saturday Night Live alumnae who have gone on to produce, write and sometimes star in a range of productions, from 30 Rock and The Unbreakable Kimmy Schmidt to Parks and Recreation, Welcome to Sweden and Making It. 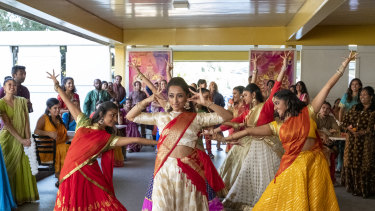 A scene from Never Have I Ever, which is created and executive produced by Mindy Kaling.Credit:Netflix

Also notable in this pack, but not choosing the comedy route, is Julia Roberts, an executive producer of the unsettling conspiracy thriller Homecoming (Prime). She starred in the first season, while Janelle Monae takes the lead in the second.

Overall, it’s a substantial cohort, indicating a trend with obvious advantages. No one is going to be telling any of these hyphenates to stand over there and just say their lines any time soon.