Gloves will be off as Parliament returns ahead of October election

The gloves will come off when Queensland MPs return to Parliament on Tuesday ahead of an election year when Opposition Leader Deb Frecklington takes on two-term Premier Annastacia Palaszczuk.

It will be the first time the two women have faced off in the chamber since Ms Frecklington took aim at the Premier’s appearance in a heavily criticised interview over the summer. 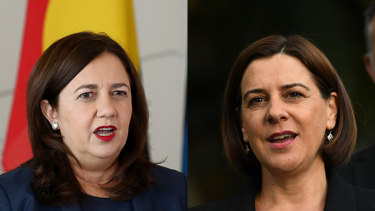 Beyond the personal politics likely to surface during the week, as MPs return from a 67-day break from parliamentary duties over the Christmas period, mining safety will be front and centre.

Legislation to establish a new independent safety and health regulator for the state’s 70,000 resource sector workers is expected to pass this week.