A man who convinced his wife to kill herself and then helped her to do it for a $1.4 million life insurance payout says he was improperly convicted.

Graham Robert Morant’s lawyer says the judge gave incorrect instructions to a jury during his 2018 trial. 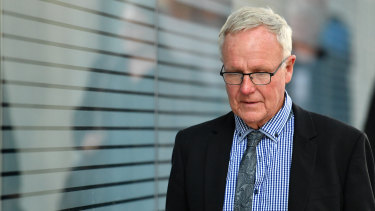 Graham Morant is seen leaving the Supreme Court in Brisbane during his trial.Credit:AAP/Darren England.

Emails between his wife Jennifer Morant and a euthanasia campaigner about two months before she died should also have been considered by the jury, the lawyer said.

But crown prosecutor Dzenita Balic told the Queensland Court of Appeal on Monday that Morant persuaded his wife to end her life in November 2014.